How Does Your Garden Grow 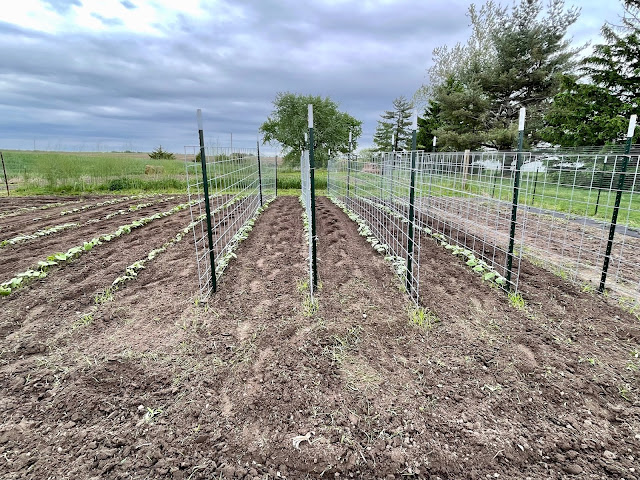 This past weekend we made a trip down to the farm to do some weeding and plant some corn and more trees for our orchard. We were pleasantly surprised to see that all the beans were up, except for the first 2/3rds of the first row. I'm not sure if we forgot to plant it or they just ended up deeper and hadn't made it up yet. I should know the answer to that question this coming weekend. 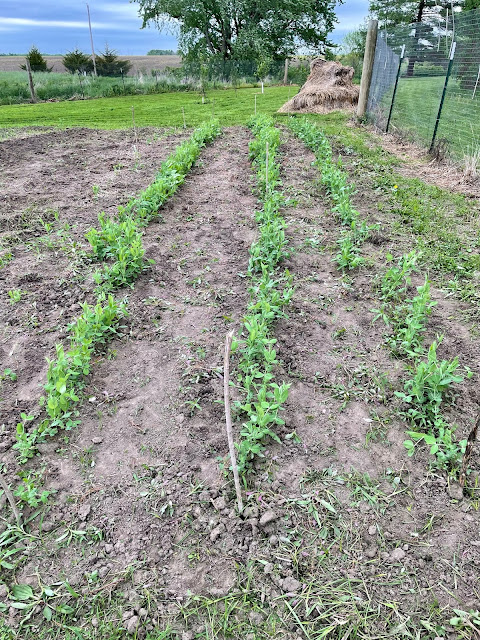 Our peas are growing but I'm not expecting much from them since we planted them pretty late. But we do have a week of unseasonably cool temperatures coming so perhaps there is some hope. 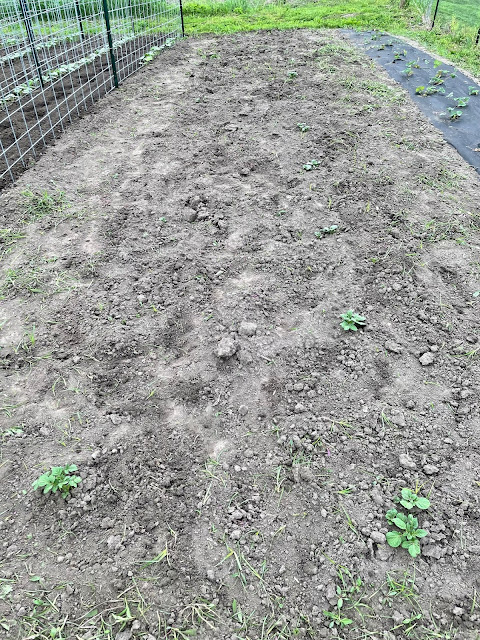 It is hard to see but our potatoes were almost all up. Last year was our first year planting potatoes since my childhood and we enjoyed them so much that we are doing them again this year. 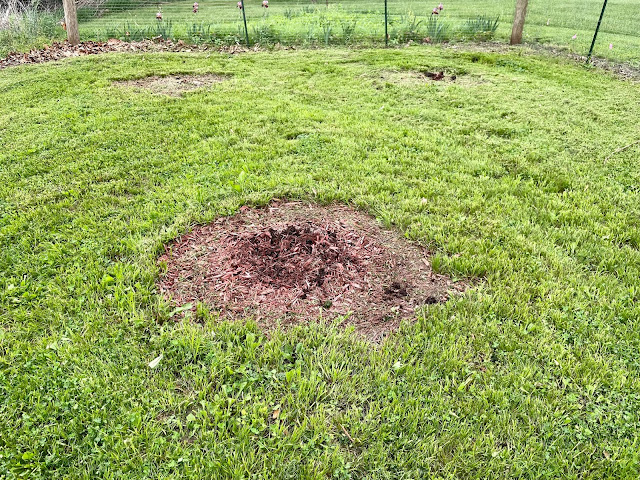 This picture shows where the three trees I planted last spring were located. If you recall, we had a really wet spring last year and I think all the moisture did them in. When I pulled them up, there were no fine roots at all. All that remained were the larger roots so I suspect the finer roots just rotted with the moisture and caused the tree to die. Fortunately these trees were all warrantied and so we drove up and got our replacements for them. 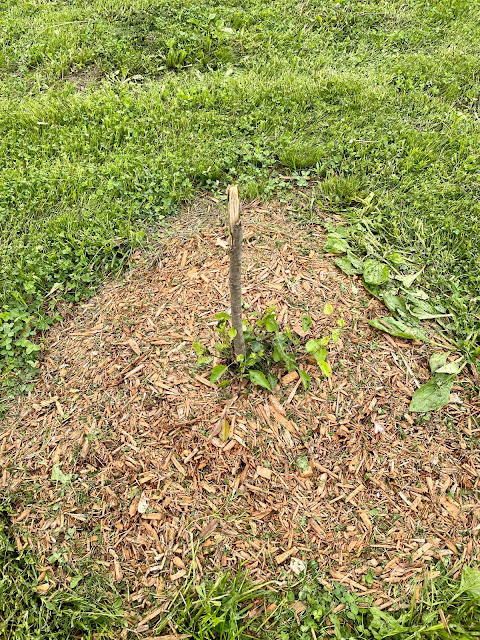 However before I could replace the replacement trees, I noticed one of our pear trees that we planted last fall was broken into two pieces. I'm not sure what caused it to break. It has elastic tree hold downs to keep it from blowing over tied right above the break. Since the previous week, the leader branch on one of the other two pear trees had been broken off, I suspect a large hawk or other bird is the cause. The other tree will survive but this one leaned to one side in such a way that the elastic hold down ties pulled it on over. I suppose I could have also snagged one of the hold downs with the lawn mower but after a year of mowing around them without incident and the fact that as I go around, I'm always staring at the hold downs so I don't get the metal stake into the blade, I'm not sure that is what happened.
Whatever the case, out of the six trees we planted last year, only two remain. 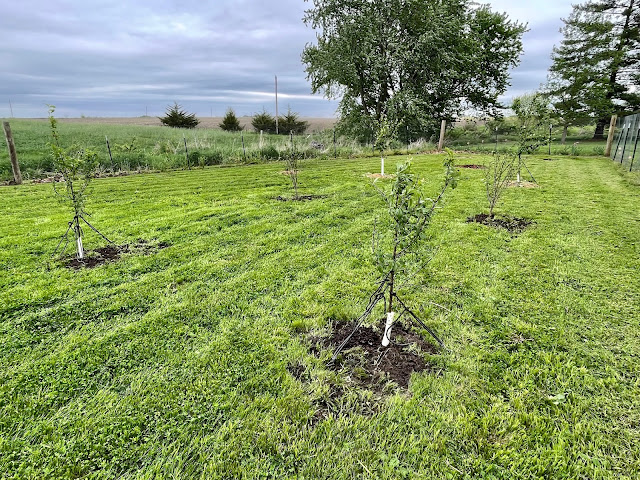 Fortunately we have three replacements and to prove that we weren't hoodwinking them, we bought a fourth at full price so we are now back up to six again in our orchard. The two closest to the camera are the replacement plumcot trees and the two in the middle are sour cherry. One is a replacement and the other one we bought at full price. In the back are the two remaining pear trees. Way in the back are the tree spots where we planted the previous trees last spring that died. We are going to let that go fallow for now and perhaps plant some apple trees there when we can find some on sale somewhere.
One of these days, we are going to have a nice orchard.