Showing posts from June, 2021
Show all

Joy of the Season 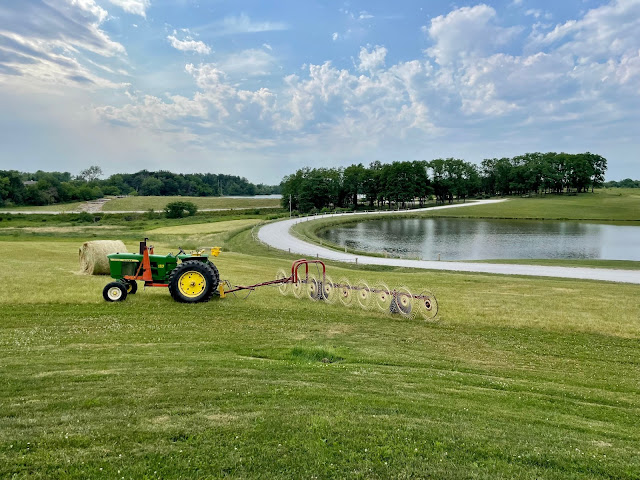 We always schedule our dentist appointments as a block in the afternoon in a nearby town mostly so we can do it in just one trip but also to eat out at some places we don't normally eat at. This particular one we have eaten at a couple times in it's old location in town but it closed down and eventually reopened outside of town and closer to an orchard where it uses the fruits to make hard cider for the restaurant. So we stopped for a meal after our dental cleanings to pack all the nooks and crannies back in with delicious food. It was a nice day so we sat outside on the patio to enjoy the scene from above. After several weeks of dry winds, everything was getting parched so it was nice to go down to the farm garden and see the above sight. There are no functioning rain gauges there anymore but I suspect it was close to two inches. Everything should shoot right up now in the summer heat. Above is our second garden harvest of the season. Our first consisted of some peas and a sin
15 comments
Read more 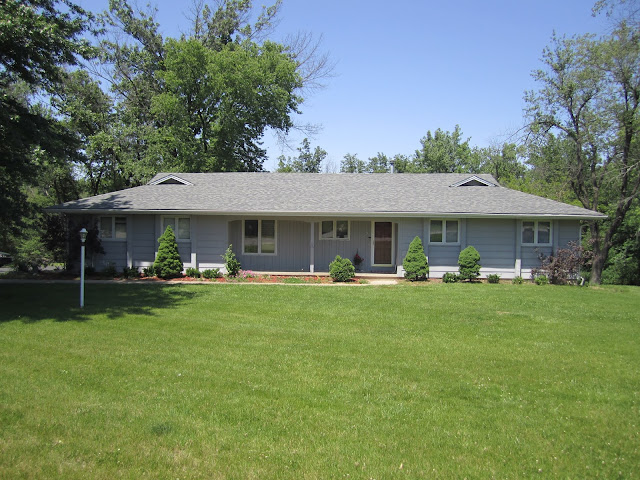 c. 2012 Awhile back I posted a picture of our landscaping job after our kitchen remodel and someone requested a picture of how our house looked before all of that started. I'm not very good about taking pictures before I start a project, especially one that is a long term project like the exterior of our house has been. But in this case I was lucky because before we actually bought the house, I walked around it taking pictures so we could mull it over. It was pretty hideous but after sleeping on it a few nights, we thought that it had potential and we made an offer that was accepted by the owners, who happened to be our realtor, who was living there at the time. Above is one of those pictures taken almost exactly nine years ago. c. 2014 This picture is an intermediate picture. The old landscaping was torn out and replaced. It was all mature and starting to show its age plus smelled of urine from a lot of dogs using it as their urinal. The sidewalk had harbored a colony of moles, ha
24 comments
Read more 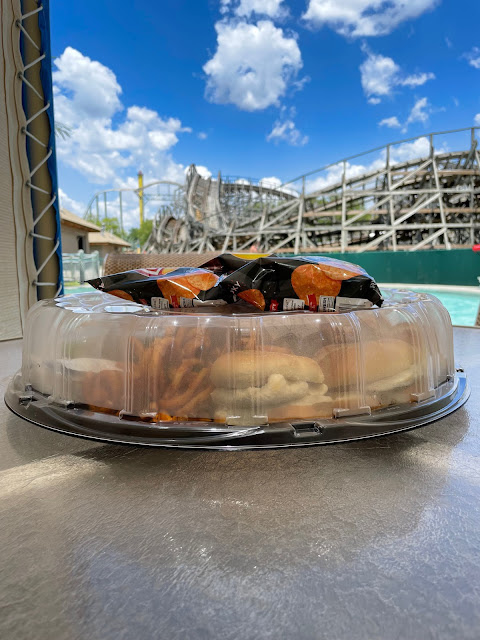 My oldest daughter turned 15 and wanted to spend the day with a few friends at a state amusement park that has been around forever. I have memories of going to it nearly five decades ago. Some things has changed but the wooden rollercoaster ride in the background was one I rode on as a kid. I couldn't help but ponder the millions of dollars in lumber it now holds in todays lumber market. One thing that has changed is that they now rent cabanas in the water park portion of the park. Since the three teenage girls obviously didn't want a dad with them all the time (and truth be told I lost them within 15 minutes of our arrival), I rented one for the first time along with a lunch shown above. I could sit in the cabana on a comfortable chair, under a ceiling fan and spend my day reading while the girls did their thing and stopped by once in awhile for food, drinks or to change into their swimsuits. It was hands down, my favorite trip there outside of when I was a kid and actually li
28 comments
Read more
More posts