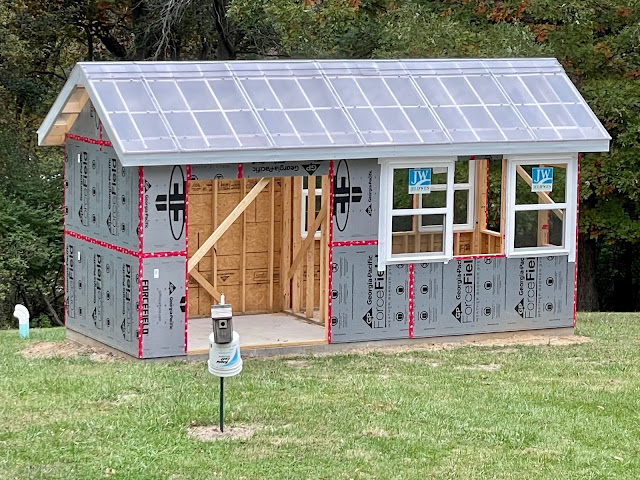 Projects are all about compromise. Knowing it would take a bit of thinking to create typical greenhouse ventilation by raising roof panels while maintaining water tightness and that I would be pushing the season limits of getting this project done, I compromised. I bought new windows for four of the openings. Had I planned this out, I would have looked for some salvaged ones somewhere but I ended up just buying some bottom of the line big box store ones. They were super easy to install which saved me on the time element.

The middle slot however on this side and the other, as well as the ones on either side of the door were not standard sizes. I could have ordered windows to fit but increased the price drastically. I could have spent longer planning things out and designing around salvaged windows or standard sized windows. Or I could just fill those in with a plexiglass window and call it good. I chose the latter route this time but in the end, it wasn't all that much of a savings, time or cost wise. More on that in the next post.