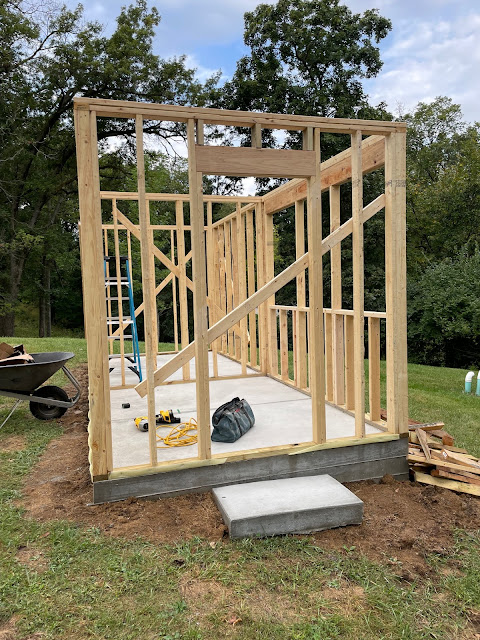 It wouldn't be a full blown project without change orders and this project is no exception. Had I just done it right to start with, I wouldn't be faced with a change order but lets not dwell on that. I got things framed up and my wife and I were doing a walk through when we both noticed that there weren't any windows on the side of the greenhouse with the door. A quick look at my plans showed that I had put windows on either side of the door but neglected to put them in. So I got out the sawsall and rejiggered things so that there is now a window on either side of the door. These will just be fixed plexiglass windows but will add to the light inside.

With the window openings framed up, I began sheathing the outside of the building which was miserable since after weeks without hardly any precipitation, we got an inch last night which made the clay up next to the foundation a slippery sticky mess. I made it one row around two and a half sides and called it a day. I still have four more sheets but will run short so I placed an order for a few more. While waiting on those, I will work on figuring out how I'm going to install a large beam across the entire thing and swing rafters into place with me, myself and I to help out. I've got an idea so we'll see.

For the sharp eyed among you, I just overlapped the plywood across the window openings in the greenhouse for now. I will cut them flush at some point before I install the windows. 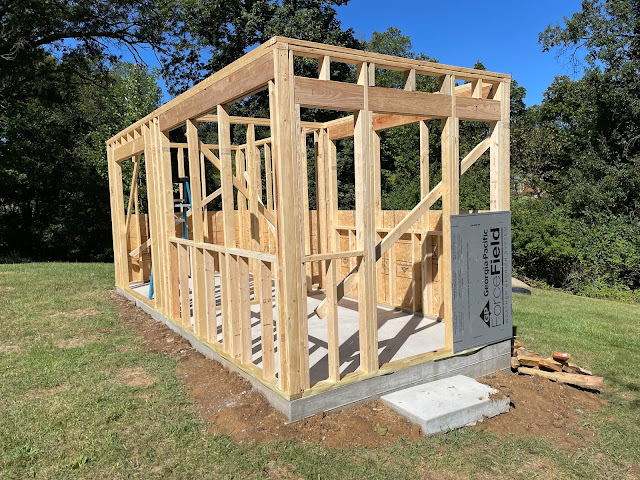