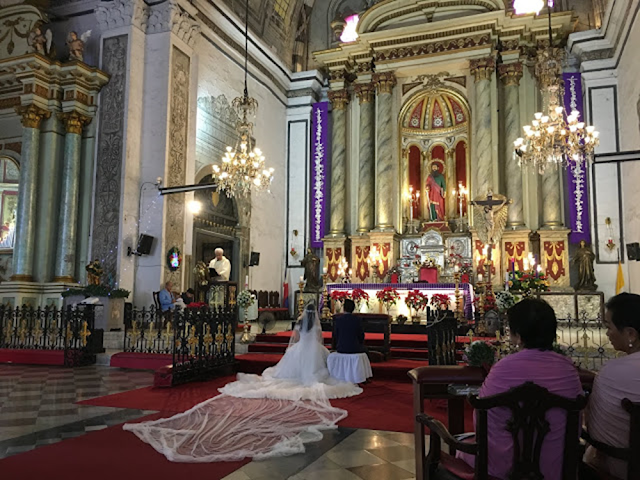 One of the reasons we went back home was for the wedding of my brother-in-law. I was named as a Godfather by the couple, one of many so honored. In the Philippines, it is tradition not only to have godparents of children but of married couples too. It was held in a very old church in the old part of Manila and apparently has quite the revolving door for the marriage industry. Just as we were arriving at the church, another bride ahead of us was just entering the doors and getting walked down the aisle. Less than five minutes after she walked out of the church, my brother-in-law's bride was walking down the aisle. Five minutes after they exited the church as husband and wife, another bride was lined up to walk down the aisle. 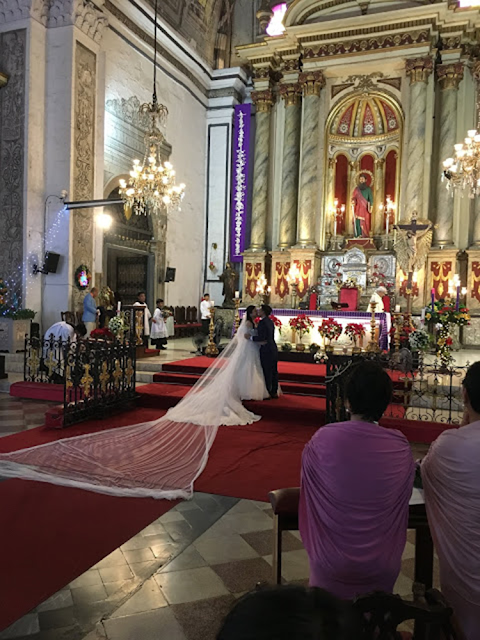 My brother-in-law looks to be 16 years old but is 30 and is a very successful CPA in Manila. He obviously shelled out a lot of money for the wedding because it was very elaborate. 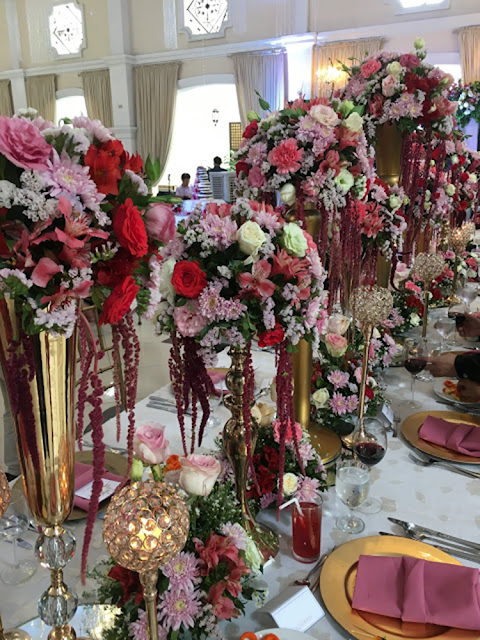 Being a godfather at a Filipino wedding has its advantages because I got to be seated at the VIP table seen above. One drawback to that were the elaborate tall floral arrangements. I couldn't see much of what was going on but the perk was that I was waited on hand and foot by my own personal waiter. He brought me appetizers, all my meal courses, kept me topped up with wine and bottled water which because I requested that special he had to go down the street to buy.

My mom always had a tradition during the Christmas season of tipping a waiter with a $100 bill who had provided excellent service and looked as if they might need the money. With her death still fresh in my heart, I decided that I would continue that tradition and had kept the last $100 bill she had given me to reimburse me for some medical stuff I had bought her. I brought that bill with me to the Philippines where it would seem ten times larger to the recipient than here in the U.S. and gave it to that waiter that day. I'm not sure he quite understood the value then but I'm sure he figured it out later when he went to convert it to Filipino pesos. It felt really good to do that so I know I will be continuing on that tradition for as long as I am alive and able to afford to do so. 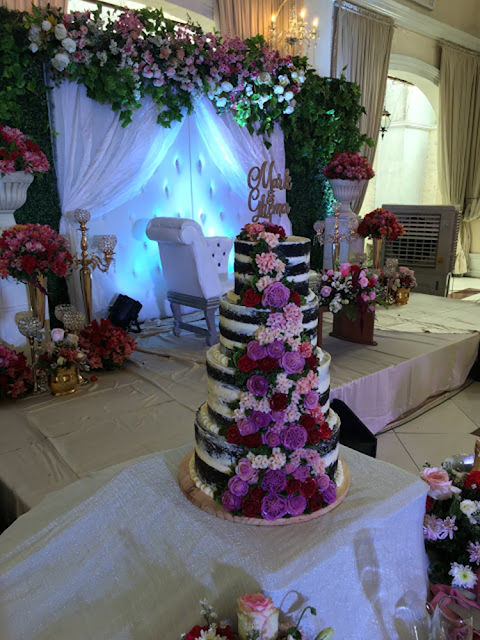 Later after the wedding festivities were done, my wife's family did a tradition that had lapsed by the wayside for many years. We took the leftovers from the wedding and went down to Rizal park to have a late night picnic. I expected for it to be a quiet picnic but I should have known in a densely packed country such as the Philippines there is no such thing. There were thousands upon thousands of people cheek to jowl also having picnics there that evening.

One of the things I dislike most about the Philippines is that I stand out being tall and white in a country full of short brown skinned people. Because of the massive poverty and unemployment, everywhere you go, everyone is constantly beset on by people trying to get money from you or to sell you something. Being tall and white and assumed to be a rich American, I get it twice as bad. I had one lady come up and stand in front of me at the picnic twirling some lighted gizmo that made noise like a party favor for a full ten minutes before she finally determined I wasn't going to buy one from her. For a Filipino, she would do it for maybe ten seconds at most. While I didn't buy the lighted gizmo, we did give all our leftover food when we were done with the picnic to a very grateful lady who had the good fortune of walking along at the right time. She got enough food to feed a family for several days and we didn't have to deal with leftovers back at the hotel room. A win-win.