Joe Philippines: A Bit of History

- November 28, 2022
On previous trips to the Philippines, our flights have always originated here in the Midwest, flown to some major hub, usually Dallas, flown to the far east to Japan, Hong Kong or Korea and from there down to the Philippines. On this trip nearly five years ago, we opted for a different route flying to the west coast on the first day, overnighting, and then catching a direct flight to the Philippines. The comments in this post reflect this new route. Other comments also reflect the purpose of this trip was to attend the wedding of my wife's adopted brother. 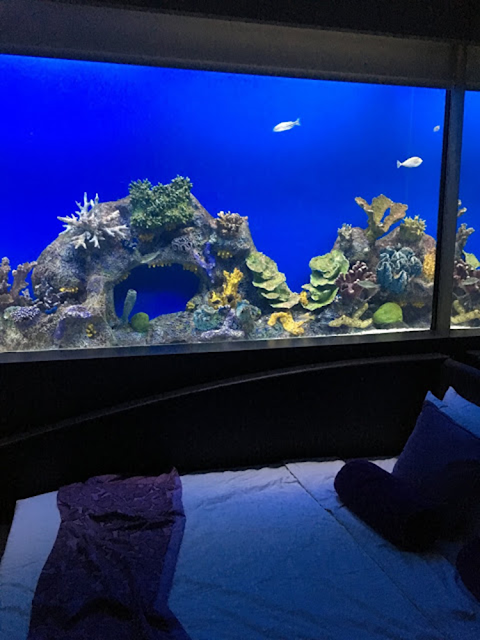 On previous trips to the Philippines, our flights have always landed in the wee hours of the morning and then we have to drive five or six hours up into the mountains to Baguio where our home is, arriving just after dawn. Spending 30+ hours traveling and then staying up another ten hours until evening is hell. So this time with our new flight route, we got to Manila in late afternoon and spent the evening there staying in the hotel room seen above. The hotel was called H2O and many of the rooms featured an entire wall with a fish tank. The kids loved it and it was a nice way to decompress. The good night's sleep allowed us to fight off most of the effects of 12 hour jet lag so that the next day, we actually felt like doing a little touring of Manila in-between wedding preparation obligations. 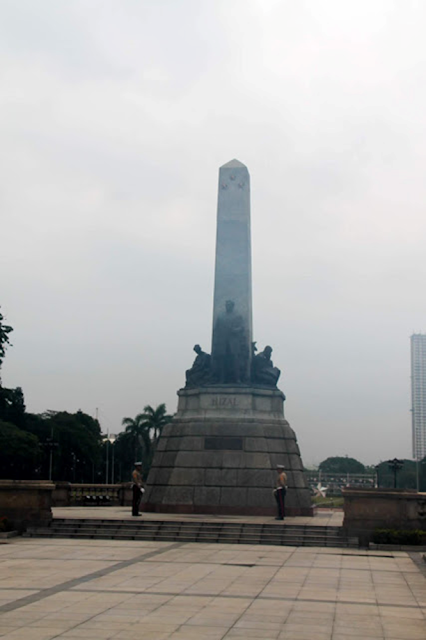 Our first stop was to see the nearby Rizal monument in Rizal park. Jose Rizal is considered a national hero by all Filipinos though I suspect many of them haven't really studied his history, having only been taught an airbrushed version in school. Rizal was a nationalist who advocated adopting Spanish customs and rule when the Philippines were a Spanish colony. However, some of his writings were seen as subversive by the Spaniards and they executed him by firing squad and his remains were eventually buried in the above monument in more recent history. Rizal was largely unknown to Filipinos until much later in its history when the U.S. had colonized the Philippines after the Spanish-American war and thought it best if they dug up (no pun intended) some native heroes to teach in Filipino schools. Rizal was selected and in the last 60 years, has been turned from obscurity into a national hero complete with two guards standing over his remains night and day. 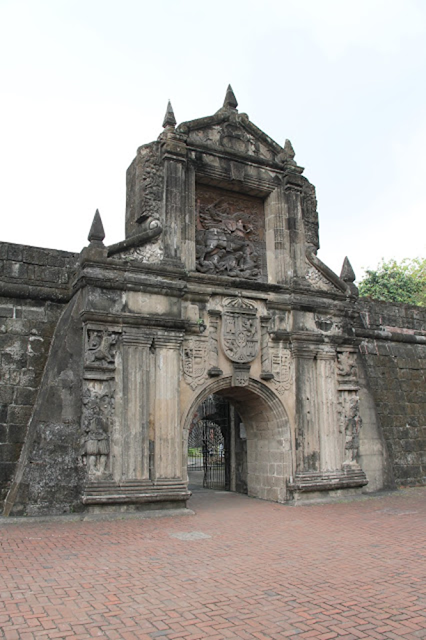 Our second stop of the day was to Fort Santiago. It is one of the oldest forts in the Philippines having been built by Filipino slave labor under Spanish rule in 1571, then occupied briefly by the British for a few years before reverting back to the Spanish only to have the U.S. take over it after the Spanish-American War in 1898. It remained in U.S. control until Japan took control of the islands during World War II and then was taken back by the U.S. three years later and finally given over to the Philippines on July 4th, 1946 when the U.S. gave them their independence that they had sought since the Spanish conquistadors landed on their shores. Oddly enough, the Philippines celebrates their independence on June 12th which is the day Aquinaldo, another local character set aside for calling for the Philippines independence in the year 1898. Aquinaldo actually made this decree on June 5th, 1898. It took another 48 years to achieve actual independence. 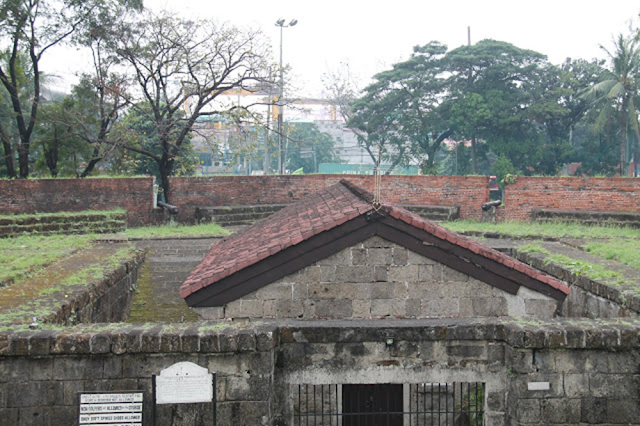 Fort Santiago is surrounded by the port authority for shipping on one side, a river on another side and Manila. I found it remarkably preserved considering it is over 400+ years old. 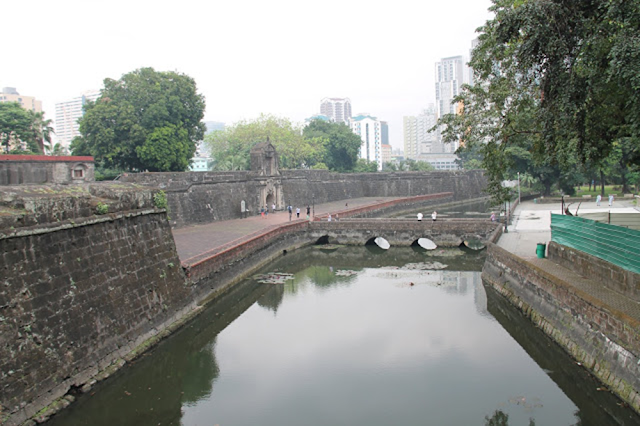 I liked this picture showing one of the gates to the fort, the moat protecting it and a modern Manila skyline in the background. 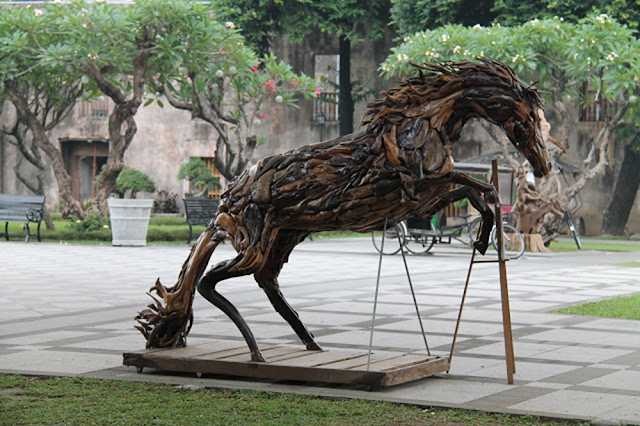 One of the things that keeps me going back to the Philippines besides family is the art. It seems as when there is widespread poverty and massive unemployment, it leaves plenty of time for people to make art out of scraps found around them. Above a horse and below is an eagle made from pieces of driftwood that adorned one of the courtyards to Fort Santiago. 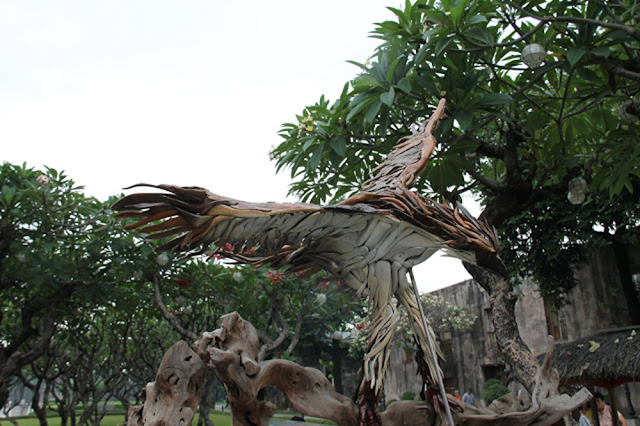