- September 28, 2022
This entire post is new to this blog and not from my journals or archives. 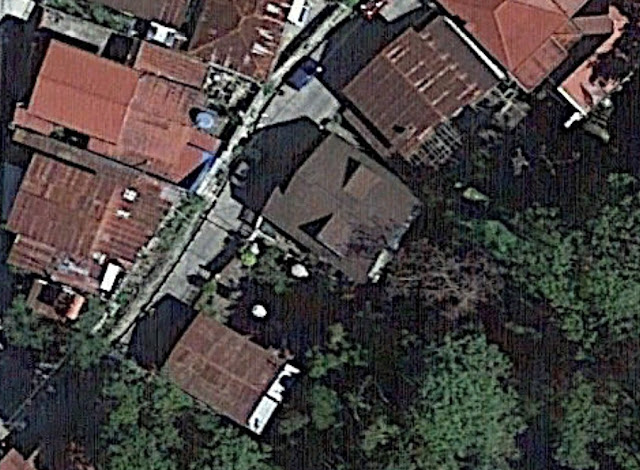 I thought I would give you a sense of Baguio City and it's location in this world. Above is my mother-in-law's house in the Philippines. Mostly my brother-in-law and his family live there though my mother-in-law has her own room still for when she visits and my wife and I still have a room when we visit though I'm sure one of my wife's nieces or nephew occupy it when we aren't there.

It is situated on an extremely steep mountain side though you can't tell that from satellite imagery. The road out front is actually level with what I would call as the fourth floor of the structure which contains a living room, dining room, kitchen, bathroom and MIL's bedroom. Above is the attic floor or 5th floor of the house and is where our bedroom is located along with several other bedrooms and a bathroom. On the 3rd floor which is below the grade of the road, is another level that occupies the same square footage as the two floors above. It is essentially a complete house in and of itself with a kitchen, bedroom, bathroom and large open area. It is sometimes used but mostly it is used as a storage area or second kitchen. On the 2nd floor, the mountain dominates now and so only the rear half of the square footage, towards the right in the photo above, is enclosed space and has always been a rental unit. To get there from street level, one must walk down a very steep and narrow set of concrete stairs in the empty lot beside the house. Below that on the 1rst floor, is an even narrower enclosed room that occupies less than a quarter of the square footage of the top floors. During my first visit there as a fiancé, I occupied this space which was a narrow unfinished concrete room/hall with a bathroom on one end. In later years, it was fixed up and rented out as well. Below that is the foundation made of old rubber tires and concrete poured to make a pad for the 5 stories above to be built on and anchor it to the mountainside. If one walks down there, you are very near the bottom of the gully and if you look straight up, you can see the balcony on the main floor some 40 feet in the air and our bedroom window 50 feet in the air. It is quite overwhelming and something hard to see in a satellite image. 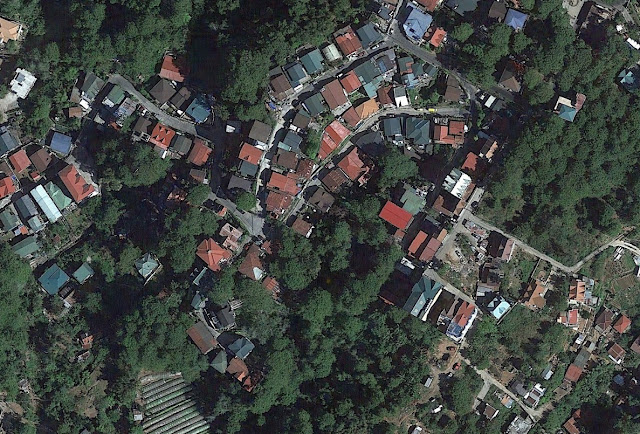 In the photo above, you can still make out the house in roughly the center of the image. To the upper left, is going up the mountain. To the immediate right is the bottom of the valley to the side of which the house is attached. The group of buildings near the house with the red roof are likewise attached to the face of the opposite side of the valley and the very ridge. The roads leading to the right are actually going down the other side of the ridge. Remember, no straight or level roads in Baguio City. 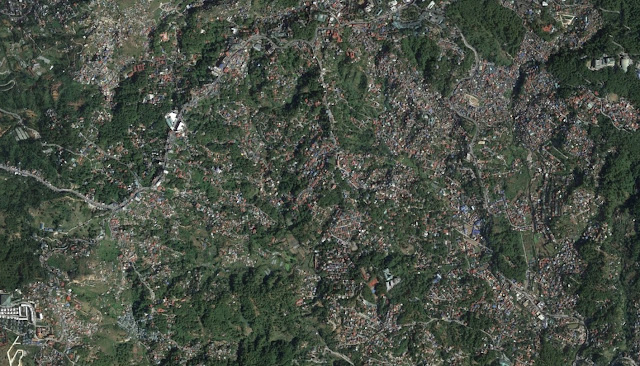 Zooming out another few notches starts to reveal the scale of Baguio City, a city built among the mountain tops of Luzon, the largest island in the Philippines. Back when I first started going, Baguio City was a city of around 250,000 people, huge to my standards even today. But now it is closer to 350,000 officially and I would guess 500,000 unofficially. Part of its popularity is due to the climate. In the mountains close to the equator. If I look at the 10 day forecast as I write this, every day has highs in the low 70's and lows in the low 60's. In the winter, take 10 degrees from each and you still have spectacular weather for this guy. 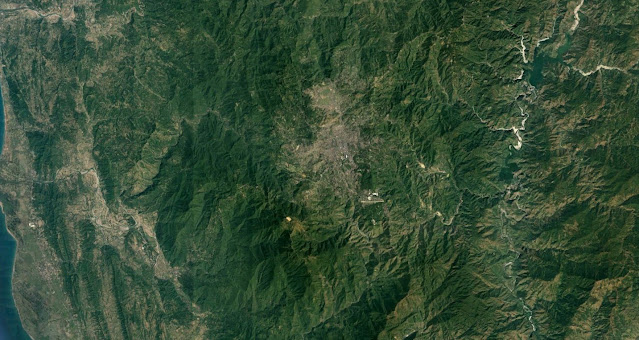 Zooming out another few clicks, Baguio City is the grayish area in the center of this photo and you can begin to see the China Sea off to the far left. 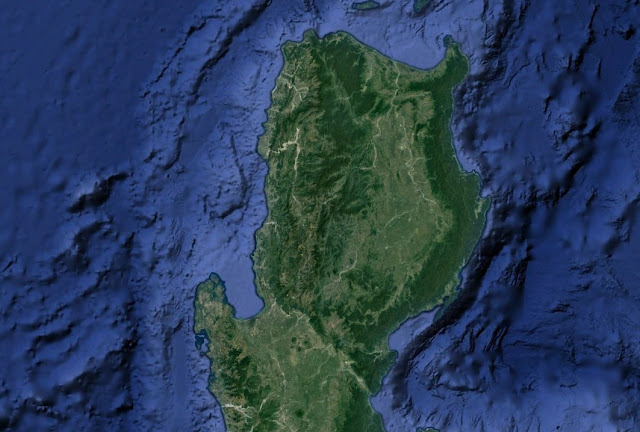 Zooming out reveals almost the entire island of Luzon. Baguio City is still relatively in the center of this photo. If you think of the island shape as a right handed mitten, Baguio City would be sort of in the middle of the fleshy webbing between your thumb and first finger. Manila is still out of site at the bottom of the image. 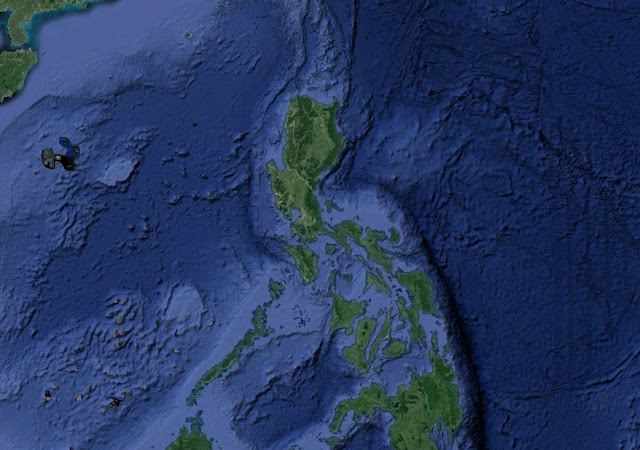 Finally, zooming out further reveals most of the Philippine archipelago and this time, Baguio City would be located about 1/3rd down from the top of the photo and close to center left and right.
When I made my first journey to the Philippines, I knew very little about what part or where at I was located among all the 7640 islands depending on tide levels. Since then, I have made many more trips back and explored a great deal but still mostly on the large island of Luzon. In the beginning, it was more due to safety as going to far south was an invitation to be kidnapped and beheaded by militant Muslim groups. Although they still have a presence, they are mostly confined to the southern most islands in the chain these days. Now when I go, anywhere I go there is a lengthy list of family members that wish to accompany my family and so it isn't very easy to island hop via plane or ferry. Someday I hope to get a little further south in the island chain where many a spectacular beach can be found but until then, there is plenty for me to explore in the northern reaches of the group. Not to mention that all these years and many trips later, it sort of feels like a vacation home away from home and I am very content to just enjoy family and not worry about having to go to someplace unique or different.