Kuck Family History: The One Who Went to War 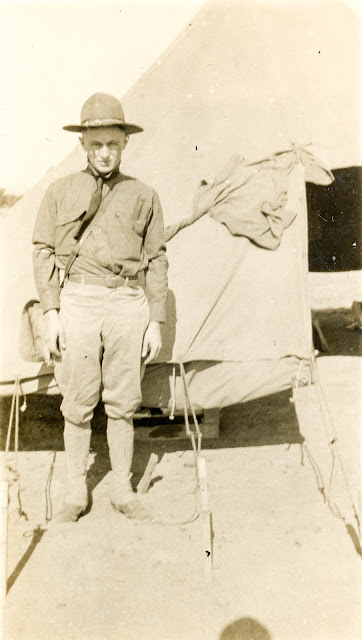 My great grandfather Victor Kuck served in World War I, the first one to do so since his grandfather John Kuck immigrated to America. I guess because at the time his father George was still fairly successful (before he lost it all 15 years later), Victor evidently took a camera with him and of all the pictures he took, 378 of them ended up in a scrapbook that is an absolute treasure. I picked out eight to share on here. Above is a picture of Victor standing outside his tent. 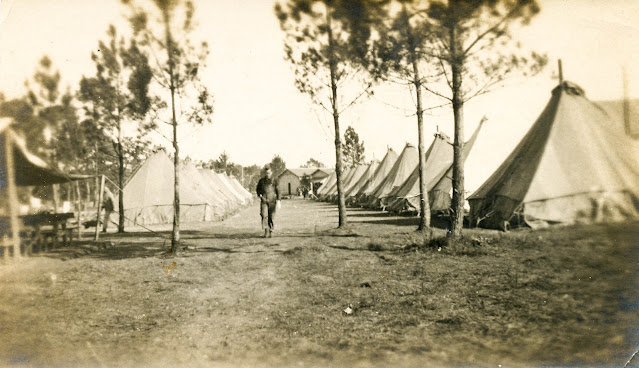 Victor served in the 800th Aero Repair Squadron during the war and spent most of it in France. They moved around between several different camps over his year in service, mostly behind the front lines. From the looks of the pictures in the album, Victor served mostly delivering or ordering supplies as needed but occasionally made forays out to the old front lines as they shifted further to the east. 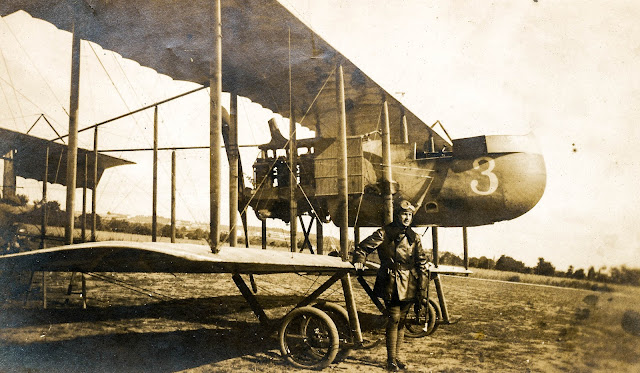 The above is an old Yarnum airplane as he described it with his writing on the back. The newer planes arrived in crates and needed assembled. A fair share of his pictures show various wrecks of planes that I'm sure were either repaired or salvaged for usable parts. 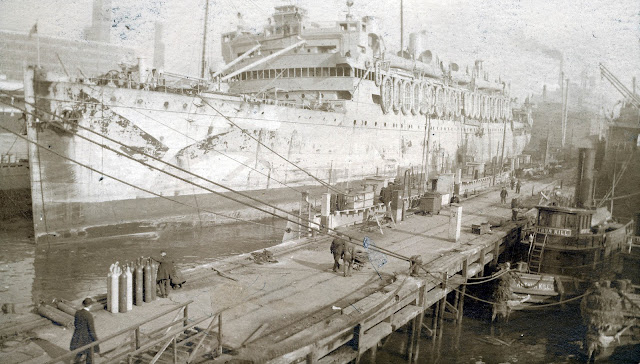 Victor had to be shipped overseas and this I'm guessing was his ship as it has several pictures taken of it and none of any others. I've written in the past and won't go into great detail today but Victor's ship arrived in Halifax, Nova Scotia the day after the infamous explosion that killed 1782 people and devastated the harbor. They offered aide but were denied at the time and so the ship continued onto England and then France. 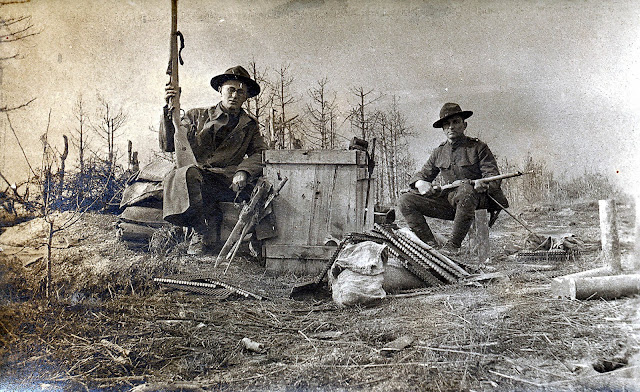 Here is a picture of Victor (on the left) and a friend on one of their front line journeys after the front line had shifted further east. I am always amazed at the utter devastation of the landscape in these photos. 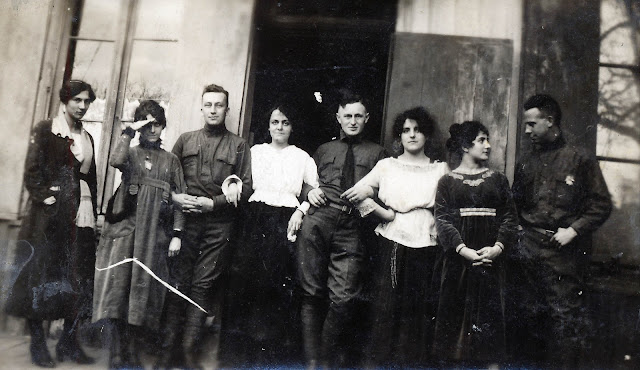 Finally, it wasn't all war business and Victor was able to get some leave time. Here he is in the middle of this photo (fifth from the left) with a girl in each arm. 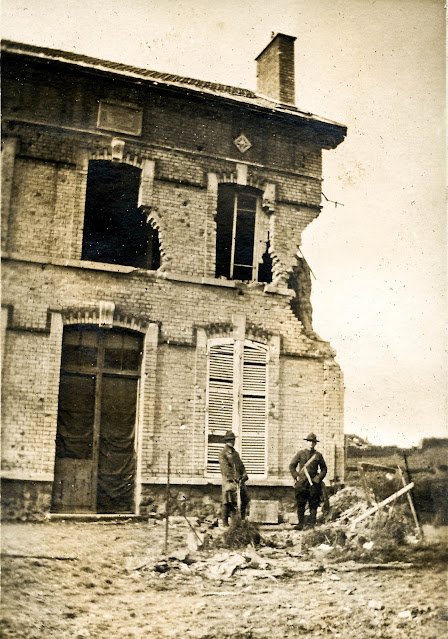 Remains of a building along the way between camps. 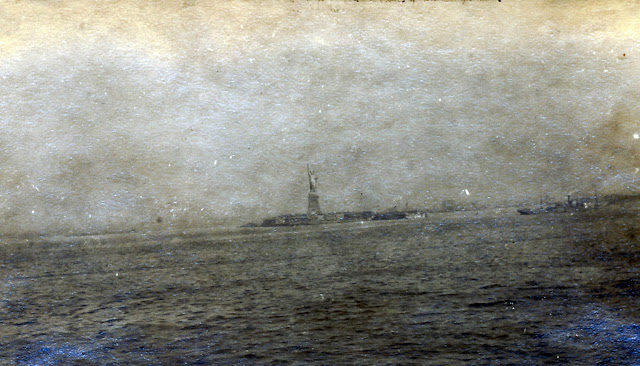 As he came back home to America, he took a picture of the Statue of Liberty which was only 42 years old at that point.