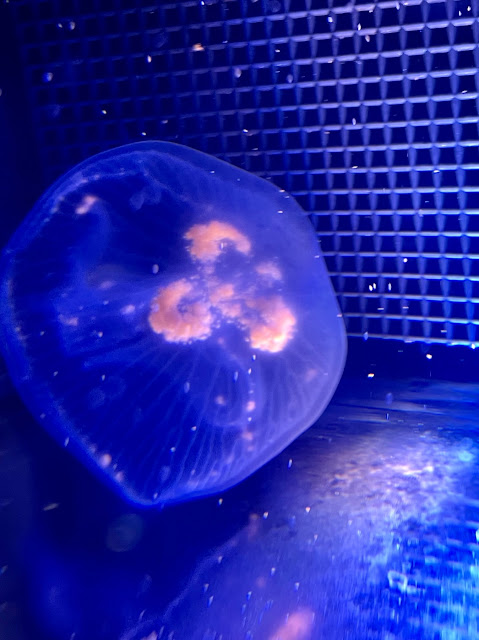 If you recall, our daughter requested a jellyfish tank for her birthday last year and we acquiesced and bought her one. The kit came with three jellyfish who survived for five to six months and then perished. They seemed to do alright but just kept getting smaller and weaker until they started losing appendages and just becoming so microscopic that they were hard to even find.

My daughter spent long hours trying to figure out what was wrong, investigating everything from the salt water chemistry to their food. She never found anything conclusive before the experiment came to an end with the third jellyfish's death. We buried them all under a tree in our back yard in a sad funeral.

Due to some vacations coming up at the time (spring break), we counselled our daughter to wait awhile until we returned from them before she tried again. She cleaned everything thoroughly, got the water chemistry spot on and even bought food from a different source. The jellyfish arrived and adapted to their new home with very little stress compared to the last batch but never seemed to get any bigger. In fact, they started shrinking again. At a loss, my daughter did more research and wondered if a different type of food would make them grow. Other people fed their jellyfish with brine shrimp that they hatch themselves and just supplement them with powdered jellyfish food once a week or so since it contains some nutrients they need. We decided to give it a try.

The jellyfish have been eating mainly brine shrimp for three weeks before I took these two photos and all of them are growing but the biggest one has gotten darn right fat. He is about ten times the size he started out as and is triple the size of the other two despite him having 25% less stomach capacity. Moon jellyfish typically come with four crescent shaped stomachs and four legs but this one only came with three. You can see his/her/it's stomachs clear full of brine shrimp in the above and below pictures.

So obviously I think my daughter has figured out that the problem was their diet. The powdered food which is supposed to be all that they need is obviously not enough or at least isn't enough for their fish tank environment. The brine shrimp diet once a day, six days a week however agrees with them very well. This makes my daughter very happy which in turn, cheers me up though with a summer trip approaching, I'm a bit apprehensive yet. She has to hatch and raise the brine shrimp as needed so can't do that from miles away. She does have an automatic feeder that will work with the other powdered food. I have tried to nudge her to ask a friend with a drivers license to come over and check/feed them while we are gone but she doesn't want to do that. So hopefully they will be fattened up enough that they can survive the time away until she gets back and begins to fatten them up again with brine shrimp. 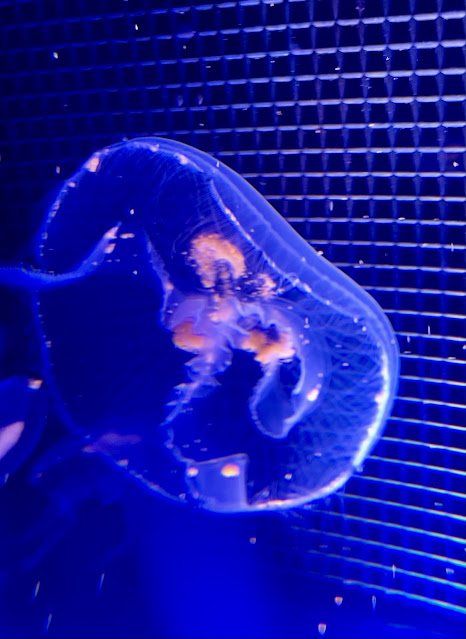